OdAZ-9370 is a Soviet and Ukrainian two-axle cargo semi-trailer designed to transport goods up to 14 tons. Produced at the Odessa Automobile Assembly Plant from 1976 to 1997. The main tractor is KamAZ-5410 of the same size.

Mod OdAZ-9370 The semi-trailer is purchased in the store at an anti-crisis price of 25,000 rubles. There is an alternative design. All lighting works as it should.

Not only the tractor, but also the OdAZ 9370 attached to it leaves noticeable marks on the sand, earth and other surfaces.

Gradually covered with dust and dirt. This applies not only to the body, but also to the wheels. A trip to the nearest car wash solves the problem quickly. 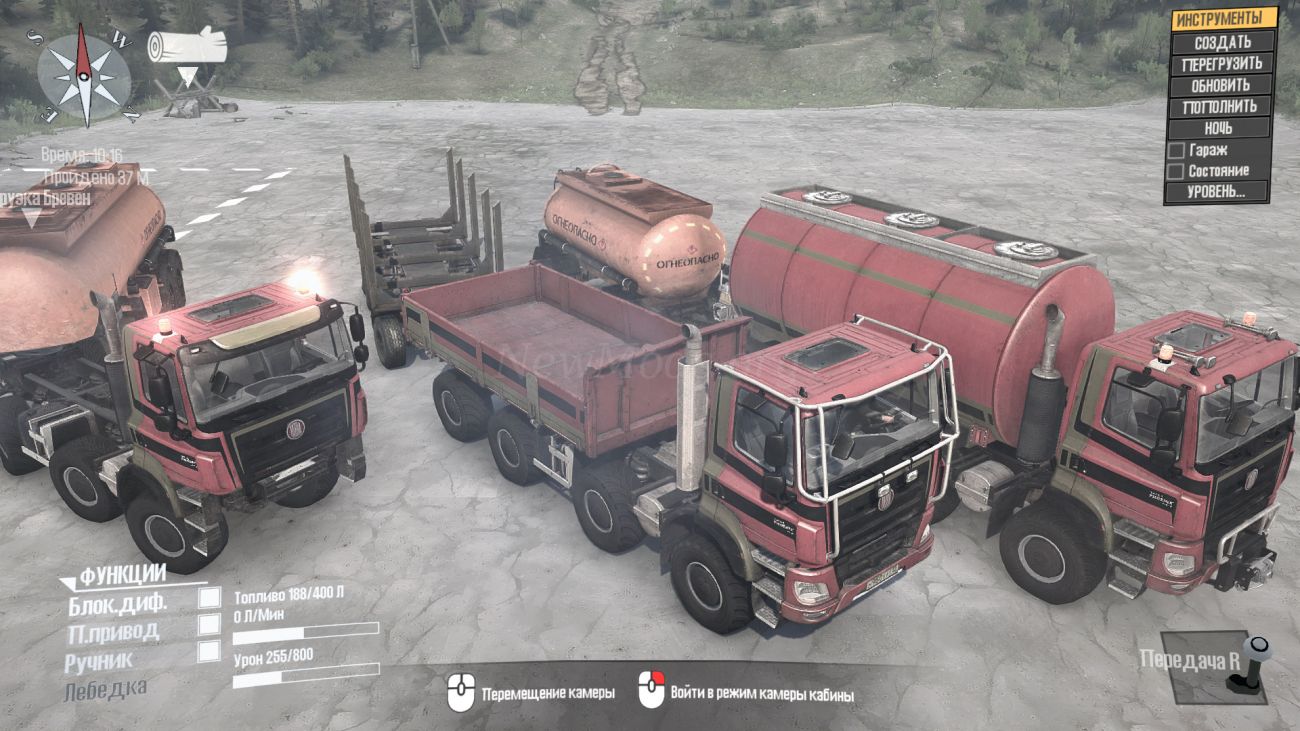