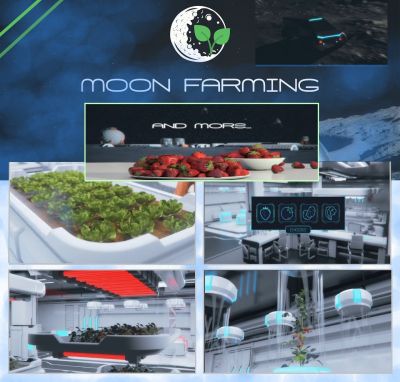 The developer SimulaM together with the publisher PlayWay offer all players who are tired of farm simulators on Earth to go to space, to the Moon, and create their own unsurpassed farm there. Currently, only the prologue of the Moon Farming simulator has been released, which anyone can play, because it is absolutely free. The developers promise to release a full version of the game before the end of this year.

In Moon Farming, as in most farming simulators, you have to build your base and develop agriculture, only unlike them, here you will find yourself on the surface of the moon. Therefore, be prepared for new technologies for growing various types of crops and trees in vertical farms.

Those users who have already played the Moon Farming demo during the Summer Next Fest will be able to notice several new features in the prologue: a 3D printer, a meteor shower, a puzzle system and new bases.

Everyone can try out the free demo of Moon Farming on Steam. This is not at all the Farming Simulator that GIANTS Software usually releases.

SZT 3.6A Seeder and hitch
Recommended