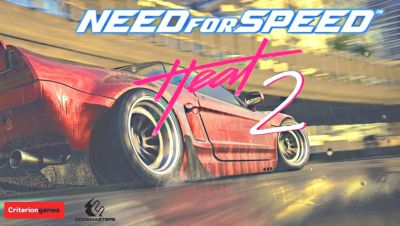 Already next month we will officially learn about the new Need for Speed, despite the fact that the product is from Codemasters. But at the same time, the Criterion Games studio did not stand aside.

Completely all the rumors and guesses Electronic Arts promises to please the name of the new Need for Speed, as well as its release date (most likely in 2022). By the way: we can be shown a couple of original screenshots, or even a whole trailer for the game, it always indicates the intentional release date of the game and on which platforms.

Rumors of a new Need for Speed ​​report on the continuation of NFS Heat, drawing a conclusion from the leaked information and two screenshots. Although Criterion Games and Codemasters took over the helm of the development of the next Need for Speed, and the Ghost Games studio developing the Heat game was completely disbanded.

What's the difference though? The studio has been disbanded or formed, maybe the name has simply changed, all exactly the same employees remain the same at Electronic Arts, and in general. After all, that's what usually happens. That's where EA Black Box did Need for Speed ​​in the 2000s? After all, she did good and atmospheric races.

Recall the words of insider Tom Henderson, he presented information about the upcoming announcement of Need for Speed ​​​​in July 2022. We also know that a team from Codemasters and at the heart of Criterion Games is working on the game visually, both are the property of Electronic Arts. The result should be the best racing game in ten years.