All articles » Review of the rally game WRC Generations 2022 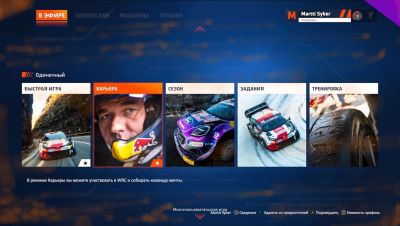 In early November, a new racing game WRC Generations was released from the KT Racing studio, which is the developer of the WRC FIA World Rally Championship series of games. I will say right away that this is the official game of the World Rally Championship, which was released on November 3 under a slightly different name. Recall that in the series of games there are already at least 10 parts, not counting the new one.

At the mention of the word rally, many players immediately recall with warmth the games DiRT Rally and DiRT Rally 2.0, and some of the Colin McRae Rally series, which are one of the most significant racing simulators in the rally genre. And, to tell the truth, so far no one has "surpassed" them. However, the rallycross mode in the paid iRacing simulator turned out to be quite good, but it is still designed for the audience of the online simulator itself, and is not positioned as a separate product.

A new game in the series from the studio KT Racing

What is WRC Generations anyway? Another game in the series? Let's figure it out.

WRC Generations was released on several platforms at once - PC, Xbox, PlayStation. A Nintendo Switch release is set to launch in early December 2022. Since the game was created immediately for different platforms, it’s not worth talking about some kind of superb physical model. But this does not make the game bad, but rally fans have already been waiting for the moment when a good enough rally racing simulator will enter the scene, and not a simcade for one season. And the fact that Codemasters still received a license for the WRC championship and, due to their transition under the wing of EA, does not guarantee the appearance of the desired simulator. Alas. Therefore, from the novelties, one has to be content with what is. 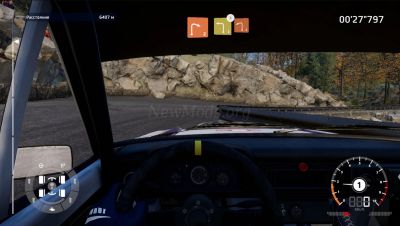 But back to WRC Generations. Immediately at the start of the game, a small tutorial is launched, which tells about some of the nuances of control, interface elements and gameplay features. If this is your first time holding the "steering wheel" of a virtual steering wheel, then it may be somewhat difficult for you to understand the principles of driving a rally car on difficult special stages, because the rally driving style is somewhat different from driving a car on a race track. But it's all about training.

What puzzled me a little during the first minutes of the game was the somewhat outdated graphics (on the Xbox Series S), as well as the fact that the car can get stuck in some kind of fence and it will be possible to pull it out only with the help of a virtual tow truck. If you can still get used to the graphics, but I don’t even know about such bugs on the track. Enough time has passed since the release and they could be eliminated.

Pretty standard modes for racing games of this kind. In addition, the list of cars corresponds to the 2022 World Rally Championship and includes cars from the WRC (fastest class), WRC2, WRC3 Junior, as well as bonus and legendary cars. Naturally, some cars will be added by developers through paid DLC. 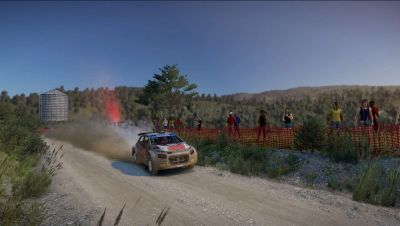 For each car, you can make your own livery and display it in the showroom so that other players can download it and apply it on their own. The editor allows you to create liveries that are quite complex in terms of composition, so lovers of such creativity will certainly come by.

But let's get back to the modes and decide what you have to do in the game. A quick game is a normal race on the special stage you have chosen. A season involves creating its own season. In it, you can customize and repair cars, go through special stages, get points, and so on according to the standard. In career mode, you become a team pilot and manage it - determine which perks to upgrade in the development tree, go through all the events on the calendar, participate in championships and earn points for development. By the way, for each race you get experience that pumps the level of your account. Each level gives certain rewards, such as new items to use in the livery editor. 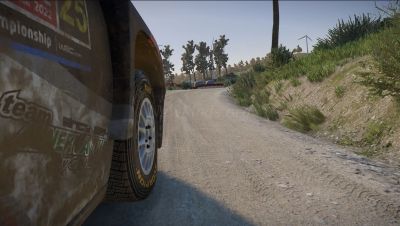 In mission mode, you will pass through certain difficult special stages to improve your driving skills. You can also do this in the practice mode, where special training stages are available, which are found on various tracks. You may need this to test different cars, since the classes of cars presented in the game are somewhat different from each other and they have some peculiarities in control.

As such, there is no multiplayer in the game. In WRC Generations, leagues are online trials for the best time on a particular track configuration. Therefore, you, alas, will not have to play with friends. Apparently, the developers did not want to support cross-platform multiplayer - it is quite possible that, given the list of platforms on which the game was released, there was simply not enough budget for this. However, it is worth considering whether multiplayer is needed here, in a rally game where you go the entire main distance alone? While it's possible developers will add online lobbies in the future, that's not certain and it's unlikely they'll be cross-platform. 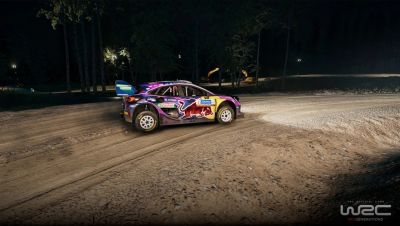 So what can WRC Generations be of interest to the average racing fan? At a minimum, licensed cars and tracks, which were sorely lacking in DiRT Rally and DiRT Rally 2.0. Perhaps you will also get online mode, where you can compete with other players in the ladder mode. The control on the gamepad is quite good and will not cause you any particular discomfort, but it is still better to play this game on the steering wheel, since rally is a very technical sport, so only a steering wheel with a large angle of rotation and with amateur level pedals.

Flaws:
- Somewhat outdated graphics;
- Some bugs on the tracks that have not yet been fixed;
- Still, this is a simkada and there is no need to talk about a full-fledged simulation.