All articles » Driving simulators on PC 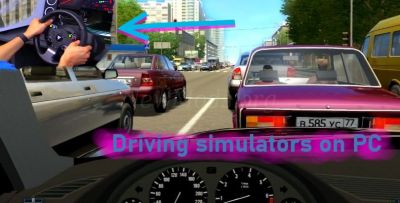 Driving simulators can make life easier for novice drivers or those who want to become one in the foreseeable future. Some are looking for realistic driving simulators on PC to better understand the rules of the road, while others want to learn driving skills (and not only around the city) with a good steering wheel and pedals. For those and others, we have an excellent selection of relevant projects.

In the first part of this material, we will pay attention to the best simulators that allow you to get acquainted with traffic rules in conditions close to real. Then we turn to the management of public transport - buses. Well, in the final part, we list realistic driving simulators for sports cars and other cars.

One of the best driving simulators on PC. The game can be purchased on the official website of the project, or on Steam, where it has very positive feedback from the players. This project will help beginners to understand the basic skills of driving in a variety of conditions, and the most realistic.

Everything is like in real life: stupid pedestrians, traffic flows, changing weather conditions and time of day. It is better to practice skills with a steering wheel and pedals, if you have any. Thanks to these devices, you will get much more experience and impressions from traveling around the virtual city. 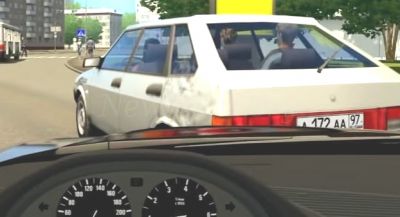 A constantly updated car simulator that can help drivers understand how to drive a car. You will find yourself in an urban environment with its constant traffic and a bunch of different situations that arise on the road in real life.

In addition to traveling around the city with the implementation of traffic rules, you can go to a special training ground, where you will learn how to perform simple exercises such as "Slides" or "Snakes", as well as others. The 3D instructor features a good simulation of road conditions, steering wheel support with pedals and good car physics.

A project that was created on the basis of the previously described 3D instructor. An important feature of the "Autobahn" is the opportunity to test yourself and your reflexes in high-speed traffic by car. Yes, you can’t call this game a realistic simulator, but it will allow you to check how timely and competently you can make decisions while moving along the expressway.

Autobahn will be useful for novice drivers. However, you should not treat it as a serious tool for practicing driving skills. 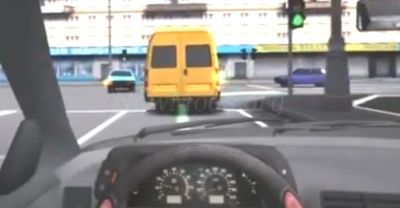 A practical driving course with full 3D graphics and realistic simulation of everything that happens on the road while driving. This project was created to help novice drivers understand all the elements that are worked out on the sites and in the city. The developers did not fail to add support for the steering wheel and pedals, including the clutch pedal. And for modeling the physical features of cars, CarX technology is used here.

In addition to the game component, you will find 3 hours of lectures from teachers of the driving school.

The developers tried to create a relatively realistic model of car behavior, added free mode, parking mode, tuning and various other features. Not the most realistic project in our selection, but you simply cannot ignore Real Car Parking 2. 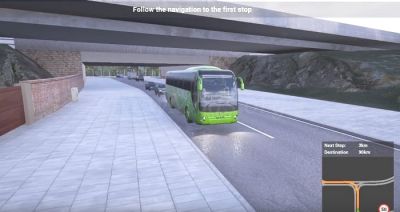 Despite not the most enthusiastic responses from players on Steam, Fernbus is not a bad game. The authors tried to show in as much detail as possible the beauty of intercity passenger traffic on the roads of Germany.

You will immerse yourself in routine trips on motorways behind the wheel of a tourist bus, you will take into account the time of day, weather conditions and so on. There will be traffic jams and accidents. Well, do not forget about observing the rules of the road when driving around the city and outside it. 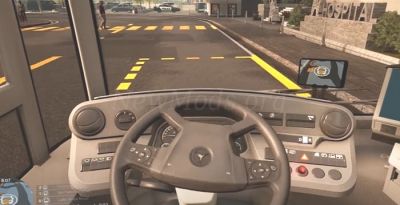 Great city bus driving simulator. Bus Simulator has several difficulty modes and the higher they are, the more realistic the driving becomes.

The buttons on the driver's panel allow you to turn on the wipers, turn signals, open the doors for passengers. In addition, as a real bus driver, you will have to accept payments from passengers and do mathematical calculations giving change when buying tickets. Everything is like in real life. 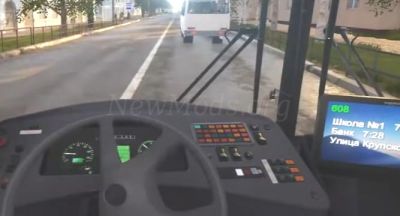 Another simulator where you will become a driver of passenger vehicles. Forget about dashing races at high speeds - here you have to drive according to the rules of the road according to the schedule.

Players can follow a pre-made scenario or play in free roam to develop their own career. As with most of the projects in question, there is support for a steering wheel and even a VR helmet.

Driving is carried out strictly according to the rules, and changing weather conditions and time of day either complicates or simplifies the driving process.

Another driving simulator where you sit at the wheel of a large bus and go to transport passengers around West Berlin. OMSI 2 was released in 2017 and received a lot of positive reviews.

In addition to the problems that may arise on the road, be prepared for the fact that you have to watch out for violators in transport. Everything is like in life. 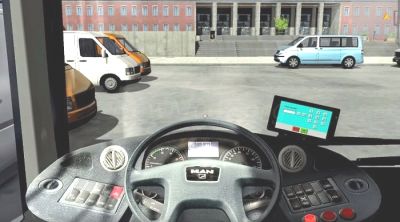 One of the oldest driving simulators on our list. The first game of these developers sent us to New York, and the Munich Bus Simulator will take players to Munich (again in the notorious Germany).

As in all the projects described above, you will play the role of a bus driver who follows a prepared route, tries to follow the rules of the road and stops at specially designated places to pick up the next passengers. 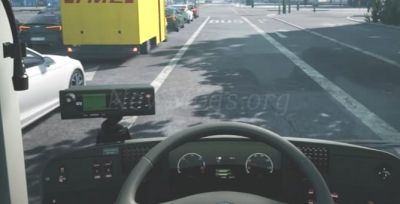 The game is currently in early access. However, this does not prevent developers from selling it for 725 rubles. And again you go to Berlin, on a one-to-one scale. The player will be able to manage their own fleet, cooperate with other players online and, of course, engage in passenger transportation.

The Bus supports handlebars and pedals from a wide variety of manufacturers, and is constantly receiving new updates.

Let's start with an atypical representative of auto racing. This project includes 2 types of gameplay at once. Before you start racing across Finland (our hero lives there), you will have to assemble your “swallow” almost from scratch.

The authors have created a realistic simulator of a car mechanic, which will allow you to get acquainted with the "insides" of the car in great detail. Novice auto mechanics should definitely pay attention to the game.

After you have assembled your iron horse, you can start testing it. The developers claim that the maximum speed can reach 200 kilometers per hour, but it will be extremely difficult to drive a car at such speeds (due to a realistic behavior model). When participating in races, it is worth focusing on 80-90 km / h. 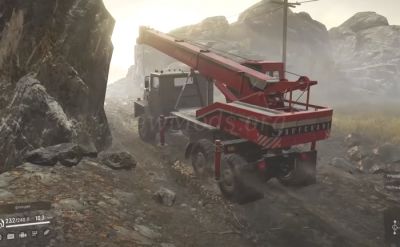 Off-road driving enthusiasts are highly recommended to pay attention to Snowrunner. The game has a huge number of positive reviews, which it certainly deserves.

You can play alone or in a team of up to 4 players. Thanks to the excellent physics of cars and the local landscape, races are completely unpredictable. Wanted to get stuck in the mud or snowdrift? This is what you need!

An old but very realistic racing simulator that boasts a detailed physical model of cars. Cars get damaged during collisions according to all the laws of physics, they behave correctly when cornering, and so on…

Live for Speed has a free trial. But if you want to participate in all modes, test other cars on the track, then take the paid version. 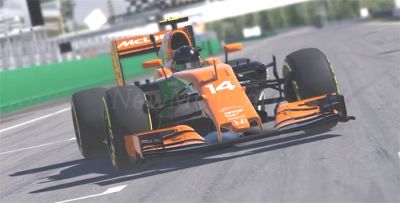 A 2008 racing game that reproduces the process of driving a high-speed car with the utmost realism. Unfortunately, IRacing has not acquired a Russian-language localization, but this is unlikely to be an obstacle for those who want to test their driving skills in extreme conditions.

Many people think that playing this car simulator on a keyboard or gamepad is blasphemy. IRacing is an extremely realistic game that you need to run only with a steering wheel and pedals. 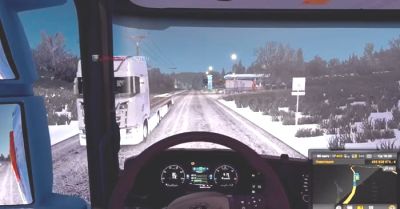 This game will definitely appeal to all those who dreamed of becoming a trucker transporting goods from point A to point B. Get ready for long intercity trips with all the consequences: changing weather conditions, time of day, possible accidents and other problems on the roads.

But the biggest experience of Euro Truck Simulator 2 can be obtained using a VR device and a steering wheel with pedals. By the way, when overworked, the driver may even lose control of the truck and fall asleep.

A racing simulator that will surely improve your driving skills. At least that's what fans of the game think. And in order to tighten those, it is desirable to have a steering wheel and pedals.

RFactor 2 was released back in 2012, but is still popular with fans of realistic simulators. Of course, not the most modern graphics can repel beginners, but the whole charm of the game lies in excellent physics, car behavior models and driving races on various tracks. 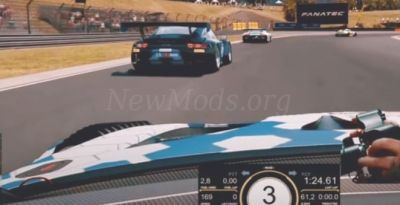 Another great simulator. Fans of crazy speeds should pay attention to Assetto Corsa Competizione, which many call Dark Souls from the world of autosims. The game is really difficult - online opponents do not spare at all (especially at first, while you get used to the controls).

The authors tried to recreate the real behavior of cars, to convey the very feelings that professional racers get during the races. And, judging by the feedback from the players, they succeeded.

We didn't want to add too many racing games to the list, which are pretty good driving sims. But if you have something to tell about other projects, then feel free to write about them in the comments! 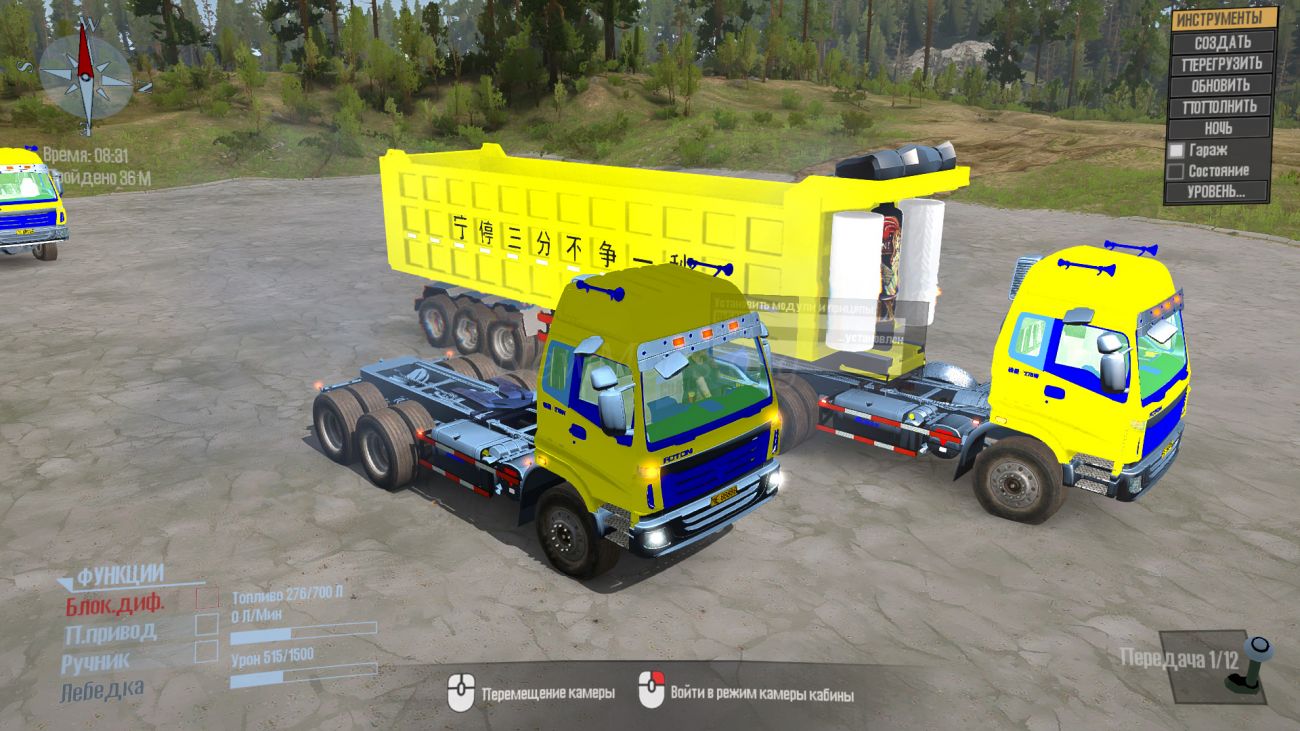 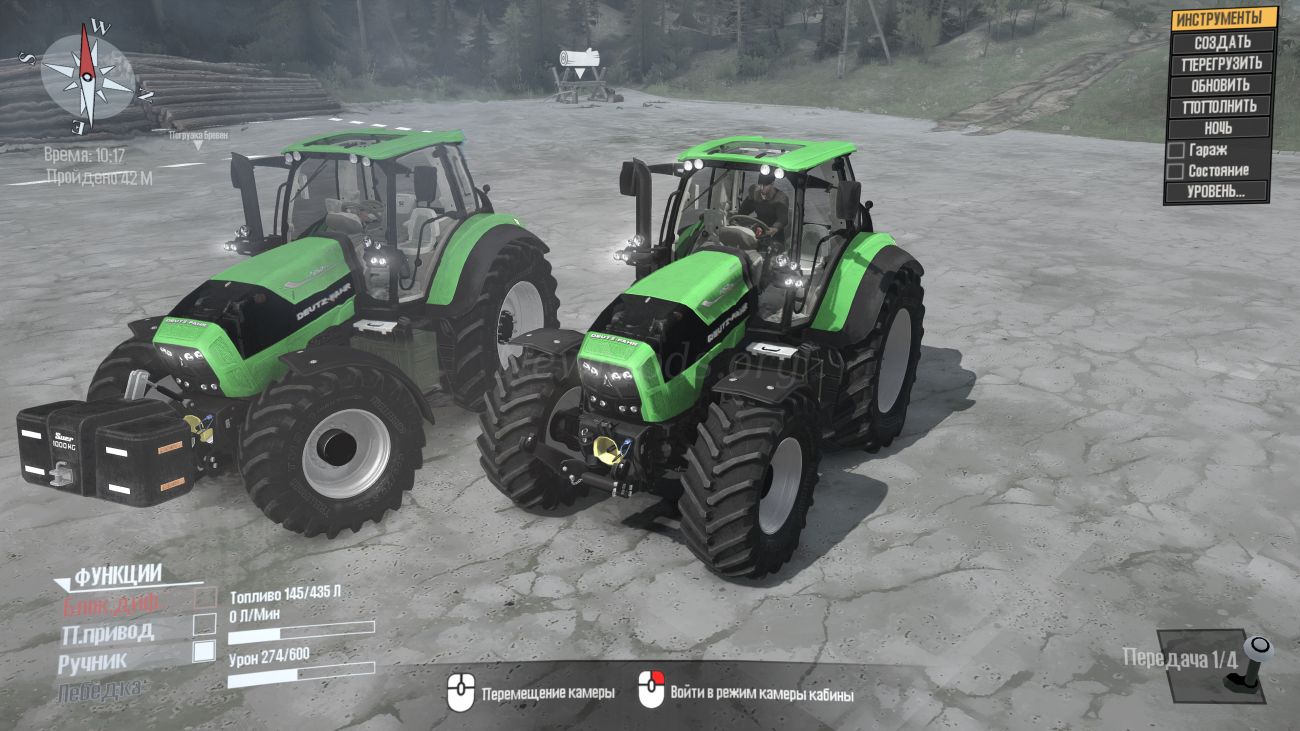